Capital garden of Abu Dhabi is the heart of downtown that is also known as the Al Asema Park, it offers two multipurpose playgrounds, a mini climbing wall and football, and basketball areas, and there’s an erupting fountain giving a bit of lively respite from the stifling heat of summer. It is one of the oldest park in this capital, covers almost 50,000- square metre garden and its located in one of the most densely populated areas of the city, and it is bounded by the “Khalifa Bin Zayed Street, Fatima Bin Mubarak Street, Hamdan Bin Mohammad Street, and Sultan Bin Zayed the First Street”. Renovation spanned 8,110 square metres of park’s area.

This capital garden also has a sprawling fountain, relaxation area’s for families the mosque, and also a restaurant

The capital garden of Abu Dhabi, first built in the year of 1976. This park is open from 8 am to 10 pm from Sunday to Wednesday, and from 8 am to 11 pm from Thursday to Saturday; entry ticket is Dh1 for per person.

The capital garden of Abu Dhabi is the 2nd-second park in this city to be upgraded, in the march last year; Mushrif Central Park was redesigned by the real estate developer Al Ain Properties and opened to visitors. 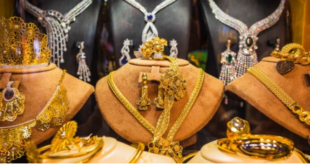